You are here: Home1 / News2 / 5 Factors That Motivate Passive Job Seekers to Apply 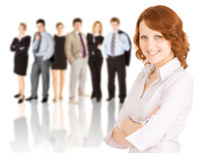 This article was originally published here
By Peter Weddle for BioSpace.com
Application Triggers for Passive Prospects

Given the workload of recruiters these days, few have the time to craft a brand new ad for each and every job they post on the Web. And even when a posting gets the attention it deserves, all too often it includes copy invented in the 1950s. The ad will highlight the “requirements and responsibilities” of the job and overlook altogether the content that triggers talented people to apply.

The Golden Rule of Recruiting is as simple as it is powerful. What you do to recruit passive prospects will also recruit active job seekers, but the converse is not true. If you want to reach and influence the four-fifths of the workforce who are currently employed, you must write a job posting that will trigger them to action.

Why? Because unlike active job seekers, passive prospects have a potent “inherent choice.” They don’t have to apply for a job; they can stay right where they are. And, if they’re at the top of their field, their current employer is doing everything possible to make sure they do.

So, content that describes the “requirements and responsibilities” of a position is important, but not sufficient to motivate a passive person to apply. What’s also necessary is a reason for them to act. Basically, you’re trying to convince them to do the one thing we humans most hate to do: change.

Change, of course, involves risk and most people are risk averse. So, the only way to persuade someone they should do something different in their career – like apply for a new job – is to trigger a response in them that is more powerful than their fear of change.

There are five such triggers for passive prospects:

These factors make up the OPFE Formula for motivating passive prospects to apply. Collectively, they can be summarized in two categories of triggers that are powerful enough to overcome the perception of risk: Fear and Opportunity. The more clearly a job posting features either or both of those factors, the more likely it is to catch the attention and pique the interest of people who don’t want to change.

The key to using OPFE effectively is to recognize passive prospects’ inherent choice but focus on your inherent strength. Focus your ad on the advantages of your organization rather than the vulnerabilities of a prospect’s current employer. In other words, address the positive you own and avoid the negative you don’t. The prospect, in turn, will make the connection from your opportunity to their fear all by themselves.

For example, if your ad describes how the job will position a person to advance in their field (i.e., their standing), a passive prospect will recognize that Opportunity, and if appropriate, also confront their Fear that they are falling behind with their current employer. Similarly, if your ad focuses on the team spirit at your employer (i.e., its sociality), they will see the Opportunity they can derive from that culture, but may also acknowledge their Fear that the more competitive culture of their current employer is hurting them.

In the investment field, actions are often based on a risk-reward calculus. If the potential reward significantly outweighs the potential risk, an investor is making a rational decision in acting. Passive prospects perform the same calculus, but in reverse. They see a reward and then consider the risk.

To motivate them, therefore, a job posting must focus on the Opportunity of an opening so a prospect will tap into whatever Fear they may be feeling about their current position, boss, coworkers or employer. The outcome of that often unconscious deliberation is also a rational decision to act, but in this case it will be to apply for your opening.

Thanks for reading,
Peter
Visit me at Weddles.com

Peter Weddle is the author of over two dozen employment-related books, including A Multitude of Hope: A Novel About Rediscovering the American Dream, The Success Matrix: Wisdom from the Web on How to Get Hired & Not Be Fired, WEDDLE’s 2011/12 Guide to Employment Sites on the Internet, The Career Activist Republic, and The Career Fitness Workbook: How to Find, Win & Hold Onto the Job of Your Dreams Get them at Amazon.com and www.Weddles.com today.

4 Tips For Promoting Yourself in the Job Search

Ditch the Cold Call, Send an Approach Letter First
X
We use cookies to ensure that we give you the best experience on our website. If you continue to use this site we will assume that you are happy with it.OK, got itCookies Policy
Scroll to top