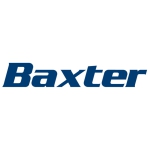 Baxter (NYSE:BAX) is recalling its 50mm 0.2 micron filter used to filter water-based intravenous solutions due to the presence of particulate matter and the potential absence of filter layers.

The FDA has labeled the recall as Class 1, indicating “a reasonable probability that use of these products will cause serious adverse health consequences or death,” according to the agency.

The recalled devices are designed for use in hospital pharmacies to filter bacteria and other microscopic matter during the preparation of water-based solutions used for IV administration sets. The filter is designed to attach to Baxter’s standard pharmacy pump tube.

Baxter said it identified potential particulate matter and the “potential absence of filter membrane layers in the filter set,” both of which could contaminate the solution and result in blood stream infections. Infections from particulate matter and poor filtering can cause fever, septic shock, multiple organ dysfunction and other serious adverse effects, including death, the company said.

Customers with the devices were notified in late August, Baxter said, and urged to contact the company to arrange for the return of any affected product.

The Vascu-Guard patch is designed for use in vascular reconstruction surgeries including carotid, renal, iliac, femoral, profund and tibial blood vessels and arteriovenous access revisions, the FDA said.

The federal watchdog said it has received reports of issues with intraoperative or postoperative bleeding and hematomas, some of which required clinical interventions and 3 patient deaths which occurred shortly after carotid endarterectomy procedures.

Vascular Solutions Recalls More Than 15,000 Catheters
X
We use cookies to ensure that we give you the best experience on our website. If you continue to use this site we will assume that you are happy with it.OK, got itCookies Policy
Scroll to top