You are here: Home / Dept. of Health & Human Services (HHS)

Gladney, who announced his retirement in January, is staying on as chairman. Bandy spent a decade at Inamed until its $3.2 billion purchase by Allergan in 2005.

“I am very pleased to welcome Bart to the ReShape team. His experience and success – particularly with the Lap-Band business at Inamed and Allergan – in addition to his leadership track record since then make Bart the perfect next leader for ReShape,” Gladney said in prepared remarks. “I would like to thank the ReShape team for the hard work and dedication during my time as CEO and I look forward to assisting in a smooth transition and continuing on as a dedicated chairman of the board.”

“This is a very exciting time to be joining ReShape. My experience leading and building medical device organizations and the company’s strategic shift to the proven Lap-Band product, which I know very well, present immediate growth opportunities,” Bandy added. “It is also an incredibly exciting time to see the next-generation, revolutionary ReShape Vest through clinical studies to commercialization. I am thrilled to be part of ReShape Lifesciences and to help drive its future success.”

Current CFO David Murray “decided for family reasons to return to Europe and remain with Novartis,” the company said.

“Tim joins us at an exciting time as we become an independent organization and the world’s leading eye care device company,” Alcon CEO David Endicott said. “He is an outstanding addition to our leadership team, bringing extraordinary financial acumen and deep experience in capital markets transactions, having served as CFO for numerous companies. Tim is also respected in the financial community and known for his ability to develop top-performing finance organizations that deliver results.”

“I am excited to join the exceptional team at Alcon,” Stonesifer added. “For more than 70 years, Alcon has been synonymous with eye care. We share a passion for serving customers and a vision for delivering innovative products that will continue to shape the industry while driving profitable growth.”
Read more

Medicare contractors may have significantly overpaid for intensity-modulated radiation therapy services, according to a new report from the U.S. Dept. of Health and Human Services’ Office of the Inspector General.

The federal watchdog estimates that Centers for Medicare and Medicaid Services overpaid “at least $5.7 million for unallowable IMRT services” in MAC jurisdictions 6 and K based on data from the audit of NGS.

The OIG added that it also sampled 100 random beneficiaries and submitted their associated services for independent medical review, and found that NGS maid overpayments for at least 1 service for 99 of the 100 beneficiaries.

Overpayments occurred due to system edits not preventing NGS payments to hospitals for incorrectly billed IMRT services and because hospitals were “unfamiliar with or misinterpreted Medicare guidance when billing for IMRT services, or cited clerical errors,” the OIG reports.

The OIG said it made three recommendations to NGS for recovering the overpayments it identified, and two procedural recommendations for payment edits and hospital education on IMRT billing.

Earlier this month, the OIG published a report claiming that the CMS overpaid medical device suppliers by $34 million.

The U.S. Dept. of Health and Human Services’ Office of the Inspector General recently published a report claiming that the Centers for Medicare and Medicaid Services overpaid medical device suppliers by $34 million.

The money went to suppliers of prosthetics, orthotics and other durable medical equipment between 2015 and 2017, according to the report. The overpayments were through Medicare Part B payments to cover 120,614 claims for items provided to beneficiaries during inpatient stays.

In addition, the OIG reported that beneficiaries overpaid $8.7 million to the suppliers for deductibles and coinsurance for the inpatient items.

The overpayments to suppliers were the result of inadequate system edits that should have prevented or detected the overcharges, the OIG said.

“If the system edits had been designed properly since 2008, Medicare could have saved $223.1 million, and beneficiaries could have saved $56.3 million in deductibles and coinsurance that may have been incorrectly collected from them or from someone on their behalf,” the OIG wrote in the report.

The federal watchdog recommended that CMS seek to recover the $34 million in improper payments and refund the $8.7 million to beneficiaries. The OIG went on to suggest that CMS also implemented appropriate system edits to “fully prevent or detect overpayments to suppliers” for related medical products.

The OIG said that CMS “concurred with all but one of our recommendations,” and that the agency is considering requesting legislative authority to “require suppliers to refund to beneficiaries incorrectly collected deductibles and coinsurance,” according to the report. 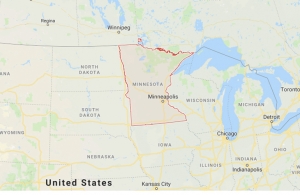 The University of Minnesota and the Medical Alley Association will host the U.S. Department of Health & Human Services (HHS) for a “Healthcare Startup Day Minnesota” event on Oct. 15.

The event, which will be held at the University of Minnesota’s McNamara Alumni Center, will be HHS representatives’ sixth stop on a two-year tour to interact with healthcare entrepreneurs around the country. The goal is to seek ways that the department might better support startups.

The post HHS’s healthcare startups tour is coming to Minnesota next week appeared first on MassDevice.

The new contest, dubbed the QuickFire Challenge, will look to award up to $100,000 to developers of “reimagined, transformative respiratory protection” devices, according to the release.

Both J&J’s Janssen and BARDA will collaborate on the challenge, alongside J&J’s JLABS incubators, according to the release.

The aim of the challenge is to advance “reimagined” devices that would eliminate the issues associated with traditional respiratory devices, which are mainly designed for use in occupational settings and are often only available for adults.

“In an outbreak of a novel or newly emerging respiratory disease, respiratory protection may be the only countermeasure available to protect health care workers and the general public,” HHS wrote in the announcement.

BARDA said the challenge will directly benefit its mission of providing medical countermeasures to address health security threats, saying that respiratory protections are “often the first line of defense, and a radically improved approach to protect both health care workers and the general public, including children, would truly improve our ability to respond to public health emergencies.”

Neither J&J or Barda have released any further details on the project, which has a performance period ending on June 30, 2019.

After President Donald Trump’s drug pricing speech last week was deemed a “non-event” by analysts, all eyes turned to the secretary of the U.S. Dept. of Health & Human Services, Alex Azar, to see what the former pharma executive viewed as the administration’s top concerns.

Azar called on the industry to “stop the price hikes” and cautioned that Trump would not hold back from calling out drug manufacturers by name – an effort echoed by FDA chief Dr. Scott Gottlieb who told STAT that the agency would publish the names of companies that are hindering generic drugs from reaching the market.

The US House Energy and Commerce committee is looking to the Department of Health and Human Services to shore up medical device cybersecurity, according to a report from The Hill.

Committee Chair Greg Walden (R-Ore.) sent a letter to the HHS asking it to require device makers to provide a listed bill of materials, including third-party software components, used in each of its products, according to the report.

“Stakeholders do not know, and often have no way of knowing, exactly what software or hardware exist within the technologies on which they rely to provide vital medical care. This lack of visibility directly affects the ability of these stakeholders to assess their levels of risk and adjust their strategies appropriately,” Walden wrote in the letter, according to The Hill.

Due to the modular nature of electronic development, both software and hardware components often feature modular designs that require updates and support from third parties outside the company that assembles devices, according to the report.

Security exploits and vulnerabilities are normally patched by manufacturers and not the original component developers. Due to the oft-long periods between manufacturing and sales of devices, problems can manifest themselves quickly upon release, according to The Hill.

In the letter, Walden references bills of materials as an important recommendation of the Health Care Industry Cybersecurity Task Force established by the HHS last year, according to the report.

“It helps solve two questions: Am I affected and where am I affected,”task force member and I Am The Cavalry device security advocacy group co-founder Josh Corman told The Hill. “This is a problem we know how to solve.”

The letter requests the HHS begin developing a plan to form a framework which would allow coordination between stakeholders in medical devices by December 15. Tom Price has resigned from his post as U.S. health and human services secretary after days of fending off criticism over chartered flights he took on the public dime.

The announcement today out of the White House said Don J. Wright – presently assistant secretary for health and director of the Office of Disease Prevention and Health Promotion – will take over as acting secretary.

The announcement came soon after President Donald Trump, at his Bedminster, N.J. gold course, told reporters that he didn’t like the “optics” around the hundreds of thousands of taxpayer dollars spent on Price’s flights – and that he was “not happy,” according to media reports in the Washington Post, Associated Press and elsewhere. Trump had publicly expressed similar unhappiness earlier this week.

Price yesterday tried to defuse the scandal by offering to personally pay for the cost of his seat on the planes. The distances of some flights had been as short at Washington, D.C. to Philadelphia.

“All of my political career I’ve fought for the taxpayers,” Price said in an HHS news release. “It is clear to me that in this case, I was not sensitive enough to my concern for the taxpayer.”

Price’s statement was apparently not enough. His departure throws another wrench into Trump and congressional Republicans’ efforts to repeal and replace the Affordable Care Act.

Price – a longtime ACA critic when he was a U.S. representative from Georgia – had been a point person for rolling back executive branch efforts to promote Obamacare while his former GOP colleagues in Congress tried to kill and replace the program for good. The future of both efforts is now unclear.

The post Tom Price is out as HHS secretary appeared first on MassDevice.