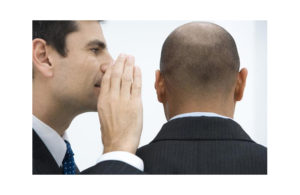 Federal prosecutors have wrapped up an insider trading case based on alleged tips from a Bank of America consultant on pending corporate transactions, including Abbott‘s (NYSE:ABT) $25 billion acquisition of St. Jude Medical.

Rodolfo Sablon, 39, of Miami, Fla., was sentenced Friday to six months in prison for his role in the insider trading scheme based on tips from Bank of America technical consultant Daniel Rivas. U.S. District Judge Alison Nathan also sentenced Sablon to two years of supervised release, including six months in a community confinement center, and ordered him to pay $923,566 in forfeiture and a $5,000 fine. Sablon pleaded guilty in July 2018 to conspiracy to commit securities fraud and fraud.

In August 2017, U.S. authorities accused seven individuals of reaping more than $5 million in illicit profits based on tips from Daniel Rivas. Prosecutors said that childhood friends Rivas and Roberto Rodriguez conspired to trade on confidential information and colluded with Sablon, Rodriguez’s friend and roommate, to create an investment fund using proceeds from the inside trades with an ownership stake going to Rivas.

“Today’s sentencing of Rodolfo Sablon closes the book on this multimillion-dollar, multi-pronged insider trading scheme,” U.S. Attorney Geoffrey Berman said in a prepared statement. “Sablon and his co-defendants acted as though the securities laws that are designed to keep our nation’s marketplace fair did not apply to them. However, as they all have learned, our office is committed to identifying and prosecuting these types of insider trading networks.”

Celltrion, iProgen Biotech join forces to develop antibody-drug conjugates
X
We use cookies to ensure that we give you the best experience on our website. If you continue to use this site we will assume that you are happy with it.OK, got itCookies Policy
Scroll to top