You are here: Home1 / News2 / Hiring Trend to Avoid in Biopharma 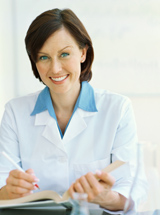 While most companies seem to be scaling back on hiring, read about this one trend that has caught analysts’ attention.

By Angela Rose for BioSpace.com

Employment is a topic that has been top of mind for many Americans throughout the economic downturn and recovery—and it’s easy to see why. There are still 11.3 million unemployed Americans looking for work according to September data from the Bureau of Labor Statistics. They consider another 7.9 million to be “involuntary part time workers” due to the scaling back of hours and reduced availability of full time jobs. While the nation makes modest gains in the reduction of these numbers most months, one employment segment has been booming.

That segment is temporary hiring, and it’s a disturbing new hiring trend some analysts believe may be here to stay. According to a July Associated Press article, companies across the nation have hired nearly 17 million temps, contract workers, freelancers and consultants. The number of temps alone has increased more than 50 percent over the last four years and is now at nearly 2.7 million. Upon surveying a number of economists, the AP found that 75 percent believe this growing reliance on temporary and contract workers will become a longstanding trend.

You might wonder why you should consider this a problem. Any hiring is good for the economy, after all. And because temps are cheaper—they’re exempt from costly employer-sponsored benefits like health insurance—they may appear appealingly affordable. Regardless, a reliance on temporary workers is a trend every biopharma company should avoid for several reasons. Just consider the following examples.

Minimal Economic Stimulus
Temporary hiring stimulates the economy less than you may imagine. A temporary research assistant has less job security than a permanent employee has. Because he’s likely receiving lower pay than that of his contemporaries on your payroll, plus no valuable benefits like paid time off or an employer-sponsored health plan, he’s less likely to spend his earnings freely—instead saving them for the inevitable end of his temping assignment.

Repeated Training Expenses
The expense of preparing a temp for a position within your biopharma company could more than negate the money you may save by taking the contract route. A temporary QC analyst will require the same amount of training in your organization’s policies and procedures as a permanent employee will. While the latter option produces a professional with an incentive to remain with your company for the long term, there’s no guarantee you can hire the same temp the next time you need a QC analyst. You’ll be required to prepare yet another.

Accidents and Injuries
A reliance on temp workers can lead to costly accidents and related lawsuits. According to a study by the Chicago School of Public Health, temporary workers are more likely than permanent ones to sustain injuries on the job. In fact, the incidence of injury for temps may be twice as high as that of permanent employees in manufacturing industries. This means if your biopharma company hires a temporary manufacturing specialist to control costs, your reward could be an expensive settlement should he become injured in a workplace accident.

Temporary workers may result in a short-term reduction in expenses, but the long-term costs of reliance on this employment segment are likely to outweigh those benefits. Biopharma companies that avoid this new hiring trend and focus on developing a committed staff of permanent employees have much more to gain.

Related Articles
* Where is the Demand for Scientists?
* 10 Reasons Employees Resign
* 5 Factors That Motivate Passive Job Seekers to Apply

The One True Source of Hire
X
We use cookies to ensure that we give you the best experience on our website. If you continue to use this site we will assume that you are happy with it.OK, got itCookies Policy
Scroll to top