Reva Medical (ASX:RVA) CEO Reggie Groves got her start in the medical device industry at medtech titan Medtronic. In her upcoming keynote interview at DeviceTalks West, Groves will discuss how that experience has shaped her as a leader and an innovator. Here’s a preview:

When Reggie Groves joined Medtronic (NYSE:MDT) in 2002, she didn’t know very much about the medical device industry. That was by design, she told MassDevice – the company was looking for somebody outside of the medtech world to launch their CareLink Network. It was the world’s first remote monitoring system designed to link the data in patients’ implanted devices with physicians. 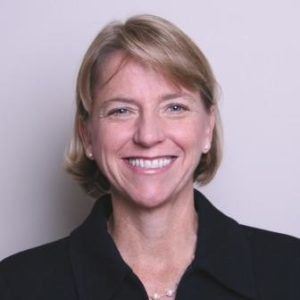 “I knew that (Medtronic) was a big company that was well respected and that was about all I really knew about them,” she said. “I saw what they were doing in remote device check as the start of a complete transformation of the medical device industry – moving away from being the implant to being the data managers.”

After commercializing CareLink and then moving to the regulatory and quality side of the business, Groves stepped up to build Medtronic’s atrial fibrillation ablation business. At the time, according to Groves, Johnson & Johnson (NYSE:JNJ) held a sizable lead in the AF space, followed by St. Jude.

Medtronic’s AF unit “basically didn’t exist,” Groves said – the company had previously sold its electrophysiology business. It was Groves’ job to determine how the company could build an AF division that would stand out among fierce competition.

She decided to rethink the way that the company’s sales force was selling its newest technologies to electrophysiologists.

“Most companies would have said, ‘We’ve got this great big sales force, here’s another product in their tool bag. Give it to them and let them sell it.’ And I said, ‘That’s the worst thing we could do because it’s a disruptive technology and we don’t want every customer to have it.’ If you’re the sales rep who’s also selling CRT devices and ICT devices, you’re going to bundle,” she said. “Something is going to be given away and the easiest thing to give away is the new novel thing. You’ll never make any money in AF, which is why Medtronic walked away from it the first time.”

Groves set up her own sales team and told them to only sell Medtronic’s AF technology to early adopters.

“When you walk in the door for the sales meeting, if you get the ‘Oh, it’s too expensive, oh it’s not flexible enough, oh it doesn’t do enough,’ – turn around and walk out the door. That’s not an early adopter. You need to find the customers who get the value proposition,” she explained.

At the time, competitive devices from St. Jude and J&J were designed to allow the very best doctors to perform an ablation anywhere in the heart. At Medtronic, Groves was positioning the company’s AF device as usable by any electrophysiologist who was looking to isolate the pulmonary vein.

Her plan was not without pushback, according to Groves.

“It wasn’t easy, even within Medtronic. I had lots of naysayers and it took the CEO stepping in, listening to the argument and making the call,” she said. “But I got really lucky that I believed in a different approach to launching a product compared to most big companies and Medtronic let me do it my way.”

Don’t miss out on the rest of Groves’ exciting story – see her at DeviceTalks West on Dec. 11-12.

Bruin Biometrics lands second SBIR award for ortho device
X
We use cookies to ensure that we give you the best experience on our website. If you continue to use this site we will assume that you are happy with it.OK, got itCookies Policy
Scroll to top