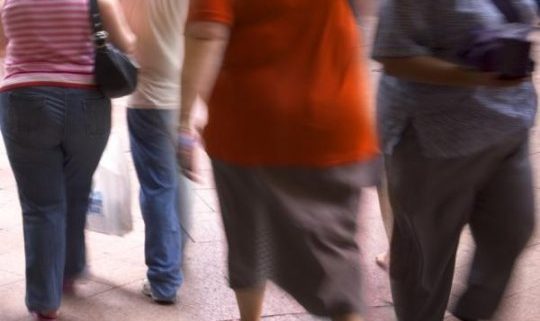 A small but significant proportion of morbidly obese people are missing a section of their DNA, according to research published February 3 in Nature. The authors of the study, from Imperial College London and ten other European Centres, say that missing DNA such as that identified in this research may be having a dramatic effect on some people’s weight.

According to the new findings, around seven in every thousand morbidly obese people are missing a part of their DNA, containing approximately 30 genes. The researchers did not find this kind of genetic variation in any normal weight people.

There are an estimated 700,000 morbidly obese people in England, with a Body Mass Index (BMI) of over 40. Researchers believe that the weight problems of around one in twenty morbidly obese people are due to known genetic variations, including mutations and missing DNA. Many more similar obesity-causing mutations, such as the one in this study, remain to be found, says the team

Previous research had identified several genetic variations that contribute to obesity, most of which are single mutations in a person’s DNA that change the function of a gene. This new research is the first to clearly demonstrate that obesity in otherwise physically healthy individuals can be caused by a rare genetic variation in which a section of a person’s DNA is missing. The researchers do not yet know the function of the missing genes, but previous research has suggested that some of them may be associated with delayed development, autism and schizophrenia.

People inherit two copies of their DNA, one from their mother and one from their father. Sometimes, missing one copy of one or several genes — as in the individuals identified in this latest study — can have a drastic effect on the body.

The researchers believe there may be other genetic deletions, in addition to those just identified, that increase a person’s risk of becoming obese. They hope that by identifying genetic variations causing people to be extremely obese, they can develop genetic tests to help determine the best course of treatment for these individuals.

Professor Philippe Froguel, lead author of the study from the School of Public Health at Imperial College London, said: “Although the recent rise in obesity in the developed world is down to an unhealthy environment, with an abundance of unhealthy food and many people taking very little exercise, the difference in the way people respond to this environment is often genetic. It is becoming increasingly clear that for some morbidly obese people, their weight gain has an underlying genetic cause. If we can identify these individuals through genetic testing, we can then offer them appropriate support and medical interventions, such as the option of weight loss surgery, to improve their long-term health.”

The Imperial team first identified the missing genes in teenagers and adults who had learning difficulties or delayed development. They found 31 people who had nearly identical ‘deletions’ in one copy of their DNA. All of the adults with this genetic change had a BMI of over 30, which means they were obese.

The researchers then went on to study the genomes of 16,053 people who were either obese or normal weight, (with a BMI between 18.5 and 25), from eight European cohorts. They identified 19 more people with the same genetic deletion, all of whom were severely obese, but did not find the deletion in any healthy normal weight people. This means the genetic deletion was found in seven in every 1,000 morbidly obese people, making it the second most frequent known genetic cause of obesity.

People with the deletion tended to be normal weight toddlers, becoming overweight during childhood and then severely obese as adults. The researchers also looked at the genomes of their parents, and found that 11 people inherited the deletion from their mother and four from their father, with ten of the deletions occurring by chance. All the parents with the deletion were also obese.

The next step in this research will be to determine the function of the missing genes. Previous studies have suggested that some of the genes may be associated with delayed development, autism and schizophrenia, so the researchers also plan to investigate the possible links between these conditions and obesity.

According to first author Dr Robin Walters, from the School of Public Health at Imperial College London, there are likely to be many more variations like the deletion identified in this study that remain to be found. He said: “Although individually rare, the combined effect of several variations of this type could explain much of the genetic risk for severe obesity, which is known to run in families. Previously identified genetic influences on weight gain have a much less drastic effect — increasing weight by just one or two pounds, for example. By looking at groups of people with severe obesity, we may be more likely to find these rare genetic variations.”

Professor Froguel added: “The method used in the study could also help find novel genetic variations that affect the risk of other conditions. We identified this variant by first studying very obese individuals, and then homing in on the region of interest in larger, less severely affected groups. This powerful approach could be used to identify genetic influences on other diseases that are poorly understood at present, such as Type 2 diabetes.”

Gene That Improves Quality Of Reprogrammed Stem Cells Identified By Genome Institute...
X
We use cookies to ensure that we give you the best experience on our website. If you continue to use this site we will assume that you are happy with it.OK, got itCookies Policy
Scroll to top