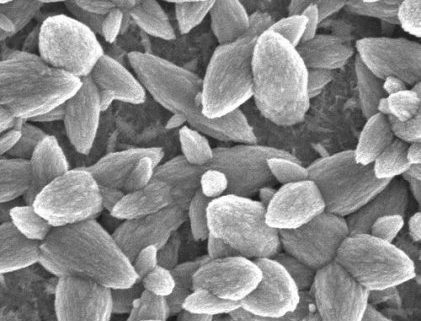 These coatings can remove heat four times faster than the same materials before they are coated, using inexpensive materials and application procedures.

The discovery has the potential to revolutionize cooling technology, experts say.

The findings have just been announced in the International Journal of Heat and Mass Transfer, and a patent application has been filed.

“For the configurations we investigated, this approach achieves heat transfer approaching theoretical maximums,” said Terry Hendricks, the project leader from the Pacific Northwest National Laboratory. “This is quite significant.”

The improvement in heat transfer achieved by modifying surfaces at the nanoscale has possible applications in both micro- and macro-scale industrial systems, researchers said. The coatings produced a “heat transfer coefficient” 10 times higher than uncoated surfaces.

Heat exchange has been a significant issue in many mechanical devices since the Industrial Revolution.

The radiator and circulating water in an automobile engine exist to address this problem. Heat exchangers are what make modern air conditioners or refrigerators function, and inadequate cooling is a limiting factor for many advanced technology applications, ranging from laptop computers to advanced radar systems.

“Many electronic devices need to remove a lot of heat quickly, and that’s always been difficult to do,” said Chih-hung Chang, an associate professor in the School of Chemical, Biological and Environmental Engineering at Oregon State University. “This combination of a nanostructure on top of a microstructure has the potential for heat transfer that’s much more efficient than anything we’ve had before.”

To do this, heat transfer surfaces are coated with a nanostructured application of zinc oxide, which in this usage develops a multi-textured surface that looks almost like flowers, and has extra shapes and capillary forces that encourage bubble formation and rapid, efficient replenishment of active boiling sites.

In these experiments, water was used, but other liquids with different or even better cooling characteristics could be used as well, the researchers said. The coating of zinc oxide on aluminum and copper substrates is inexpensive and could affordably be applied to large areas.

Because of that, this technology has the potential not only to address cooling problems in advanced electronics, the scientists said, but also could be used in more conventional heating, cooling and air conditioning applications. It could eventually find its way into everything from a short-pulse laser to a home air conditioner or more efficient heat pump systems. Military electronic applications that use large amounts of power are also likely, researchers said.

The research has been supported by the Army Research Laboratory. Further studies are being continued to develop broader commercial applications, researchers said.

“These results suggest the possibility of many types of selectively engineered, nanostructured patterns to enhance boiling behavior using low cost solution chemistries and processes,” the scientists wrote in their study. “As solution processes, these microreactor-assisted, nanomaterial deposition approaches are less expensive than carbon nanotube approaches, and more importantly, processing temperatures are low.”

Nanocluster Proteins Improve Adhesion of Titanium Bone Implants, Georgia Tech...
X
We use cookies to ensure that we give you the best experience on our website. If you continue to use this site we will assume that you are happy with it.OK, got itCookies Policy
Scroll to top