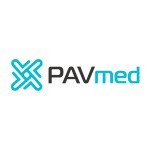 Pavmed said today that its initial public offering grossed $5.3 million, after extending the flotation last month for an extra 45 days.

The 1.06 million-share offering sold for $5 apiece, New York City-based Pavmed said; shares are slated to trade on the NASDAQ exchange under the “PAVMU” symbol. Pavmed extended the IPO March 14 after a dramatic scaling back in January, announcing that it planned to float a reduced 1.2 million shares at $5 apiece – a far cry from the $23 million top end Pavmed listed when it registered the IPO last May.

The founders of Pavmed – Drs. Lishan Aklog and Brian deGuzman and Michael Glennon – were also behind Pavilion Medical Innovations, a medical device incubator built around a faster, low-cost development plan. Pavilion spun out Vortex Medical, acquired for $55 million in 2012 by AngioDynamics (NSDQ:ANGO), and Saphena Medical, which in March raised a $1.3 million round for its device to harvest veins for coronary artery bypass grafting.

Pavilion also created Kaleidoscope Medical, which is developing a reversible inferior vena cava filter, and Cruzar Medsystems and its Houdini peripheral chronic total occlusion device. All 4 companies raised just $1.5 million to $3.5 million and “rapidly advance their products,” according to Pavmed’s original filing last year. In the case of Vortex Medical, the AngioVac system won 510(k) clearance from the FDA 16 months after its founding. Saphena won 510(k) clearance for VenaPax in 18 months and has had it on the market since last October, according to the filing.

Aklog, deGuzman and Glennon are betting that their formula for commercializing single-product companies can be applied to a company making multiple devices, dramatically slashing the estimated $30 million and 5 years it typically takes to get to market.

MVM Life Science Partners Closes $233 Million Healthcare Fund
X
We use cookies to ensure that we give you the best experience on our website. If you continue to use this site we will assume that you are happy with it.OK, got itCookies Policy
Scroll to top