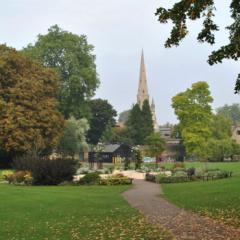 Another £50 million was already raised when the CIC was founded back in 2013.

The initiative, part of Cambridge University, has already invested £33 million across 13 other companies and will be used to expand the university’s team, as well as drive support across its portfolio, according to a report by TechCityNews.

In addition, Cambridge will open a £20 million innovation centre next year, in partnership with the Department for Business, Energy and Industrial Strategy and Central Working. It will be located at Cambridge’s Science Park.

Financial support for technology start-ups in the UK is a welcome gesture; many new businesses struggle to secure financial backing from banks and investors, so the CIC’s ambitions will contribute to tackling this problem.

Victor Christou, chief executive officer of CIC, said: “We are delighted by the support we have received in this fundraising. Since the inception of CIC and its initial fundraising in 2013, the company has made significant progress within the Cambridge Cluster, one of the richest seams of scientific and technological innovation in the world.

“This additional capital will enable CIC to continue to support exciting IP-rich companies and we look forward to continuing to work very closely with the University of Cambridge and our network within the Cambridge area. We thank our existing shareholders for their continued support and welcome our new shareholders with great enthusiasm.”

Professor Sir Leszek Borysiewicz, vice-chancellor of the University of Cambridge, added: “Over the last three years, CIC has grown and proven itself to be an integral part of the Cambridge ecosystem. The university is delighted to work with CIC as it continues its critical role in providing growth capital and support for the region and the country.”

Biotech Startup Practichem Is Buying Tesla Cars for Its Employees

Inscopix Secures $10 Million Series A To Map The Brain In Action
X
We use cookies to ensure that we give you the best experience on our website. If you continue to use this site we will assume that you are happy with it.OK, got itCookies Policy
Scroll to top