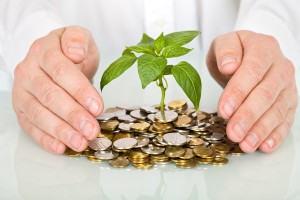 The world of robotic surgery is dominated by Intuitive Surgical and its expensive da Vinci platform.

A myriad startups have big ambitions to play in that market, including the likes of Google and Johnson & Johnson, who have created a joint venture under the moniker Verb Surgical. The CEO of that company envisions a product platform that includes analytics, machine learning and advanced imaging and all of that for a much lower cost than a da Vinci system.

Yet the path to providing an alternative to the da Vinci has so far proved tough. TransEnterix, based in North Carolina, was widely expected to introduce the second robot in the U.S. market in the spring, but stumbled badly when the Food and Drug Administration unexpectedly rejected its 510(k) application for the SurgiBot system.

Now a U.K. startup with similar goals of providing a flexible, affordable platform to perform minimally invasive robot-assisted surgery has raised $20.3 million from investors. Cambridge Medical Robotics garnered that amount in a Series A round of investment.

The company drew financing from new investors such as ABB Technology Ventures, LGT Global Invest and Cambridge Innovation Capital. The money will be used to advance Cambridge Medical’s commercialization plans — in June the company began testing the system in cadavers — as well as hire people needed to ready itself for regulatory approval.

“ABB invests in CMR as the company has what looks to be the next-generation platform for minimal access surgery, a field with an enormous potential given today’s expanding needs in the health care industry,” said Girish Nadkarni, president of ABB Technology Ventures, in a prepared statement. “Furthermore, CMR’s technologies can have even wider application as the robotic world moves toward fully versatile, collaborative robotic systems.”

The CMR robotic system is designed to go beyond the two major areas that Intuitive Surgical and the da Vinci robot has found success in — hysterectomy and prostatectomy. The company envisions a system that will bringing robot assistance to a wide swath of procedures — head and neck, upper GI, colorectal, and bariatric.

Cambridge Medical also seeks to lower the cost of owning robotic solutions — widely seen as too high to really drive market adoption – by almost 50%, according to the company’s website. The CMR robotic system will also be comparable in cost to manual key-hole surgeries that reduce trauma to patients.

Amgen and Merck KGaA Invest in Boston&#039;s Akili, Increasing Funding Round...
X
We use cookies to ensure that we give you the best experience on our website. If you continue to use this site we will assume that you are happy with it.OK, got itCookies Policy
Scroll to top