You are here: Home1 / 2014 BIO Latin America2 / Understanding the Biotech Market in Brazil

The biotechnology market in Brazil has seen enormous activity this year in both the areas of industrial biotechnology and healthcare. In a recent webinar that discussed the latest results of the annual Scientific American Worldview report, panelists were especially excited by the partnering opportunities in Brazil. Mike May, Editorial Director, Scientific American Worldview, commented, “Brazil is, as a country, like a master of partnering. They partner in the country between industry and government. They partner outside the country with industry and industry in other places. They have huge networks of partnering. They’re bringing industries in from other countries to help them with things where maybe they don’t have the technology… So you know, it’s like they’re finding creative ways to deal with some of the challenges they have that, say, the United States doesn’t have.”1

Building on this movement, BIO and Biominas have partnered to co-host the first annual BIO Latin America September 9-11, 2014 in Rio de Janeiro, Brazil, the industry’s must-attend conference for innovation and collaboration in Latin America’s rapidly-growing biotechnology sector. Here is a look at the current state of the biotech market in Brazil.

Brazil is well known for its research and investment in industrial biotechnology, particularly in regards to cellulosic sugars and agribusiness. In April, several companies including Amyris, BP, Dow Chemical, DuPont, and Novozymes came together to launch of the Brazilian Industrial Biotech Association (ABBI) to promote dialogue with stakeholders, policy makers, and the public about advancing industrial biotechnology in Brazil. The trade group aims to improve current patent laws in light of new biotechnology advancements, support investments in R&D, laboratory infrastructure, and capacity and training for skilled and technical labor.

At the launch event for ABBI, Greg Stephanopoulos, from the Department of Chemical Engineering at MIT, said that industrial biotechnology would help Brazil take a leadership position in the 21st Century global economy2.

Despite representing under 5% of global biotech sales, BRIC countries (Brazil, Russian, India, and China) have seen a 29.3% compound annual growth rate (CAGR) from 2010-2012.

While Brazil is valued as a leader in industrial biotechnology and is known for their investment and R&D in cellulosic sugars and biofuels, there is a portion of a the biotech market that is focused on human health. In 2012, there were 89 biotech companies dedicated to the development of new medications (small molecules and biological), diagnostics, vaccines, cell therapy, regenerative medicine and tissue engineering, advanced method for assisted reproduction, genetic and molecular testing, etc.3 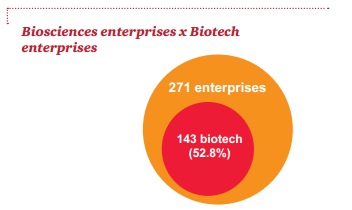 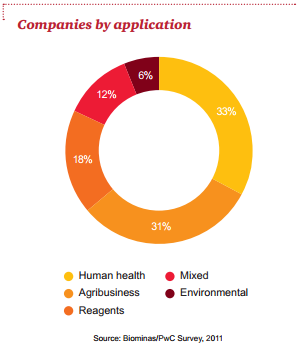 The Healthcare Market in Brazil

The pharmaceutical market in Brazil grew at a CAGR of nine per cent from 2004-20105,6. According to Business Monitor International (BMI),7 Brazil’s pharmaceutical market is projected to reach $26.2bn in 2014. A report by Deloitte8 found that Brazil’s government has moved to align the drug regulatory environment with international standards, including intellectual property (IP) reforms carried out in recent years.

Deal making between global pharma giants and smaller Brazilian companies are helping to drive the success of the healthcare industry in Brazil, such as Sanofi’s purchase of Medley, Brazil’s largest generic-drug company and third-largest pharmaceutical maker9, and Amgen’s acquisition of privately-held Brazilian generics firm Bergamo, for $215 million10.

This demonstrated growth of the healthcare industry in Brazil and recent deal making activity highlights the importance of accessing the innovation and partnering opportunities in Latin America’s rapidly-growing life science industry. Registration for BIO Latin America is now open. We hope to see you there!

5 Resume Tips For An International Job Search
X
We use cookies to ensure that we give you the best experience on our website. If you continue to use this site we will assume that you are happy with it.OK, got itCookies Policy
Scroll to top